The more eagle eyed of you may be aware that HM Revenue & Customs’ (HMRC) released a consultation document on partnerships, representing the biggest shake up of partnership taxation for decades. 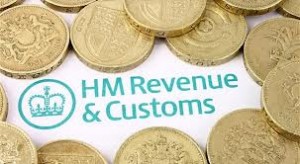 A very quiet revolution has been going on in the world of partnerships over the last few months, starting with low-key announcements in the Autumn Statement and further announcements in the Budget. Ordinarily, this would largely be of interest to partners in professional service firms and other businesses that traditionally operate in partnership (and I admit to a certain level of personal interest). But these changes are likely to be far wider reaching given the number of businesses that have in recent times incorporated limited liability partnerships (LLPs) for good commercial reasons.

There are two parts to the consultation. The first focuses on the presumption of self-employed status for a member (partner) of an LLP and the National Insurance that arises as a result.

The second focuses on countering the reduction of tax liabilities by firms that have introduced corporate partners to shelter their profits. While this kind of structuring has received mixed levels of interest, a number of businesses have explored it, often in order to preserve cash flow in the increasingly difficult market place.

The changes are expected to generate additional revenues for the Government of around £300m a year, so these changes are clearly significant. So the impact of the consultation may feel like yet more bad news for many firms struggling in a difficult economic climate. There have been well-reported victims of the downturn while others have seen cash flow become increasingly difficult in recent times – especially around tax payment deadlines.

In particular, firms with fixed share equity partners as a normal step in career progression and those that have introduced corporate partners for reasons such as partner ‘lock in’ or long-term incentivisation will need to keep an eye on what the changes mean for them.

While the new rules won’t come into effect until 2014, firms and partners that could be affected need to follow these developments closely over the coming weeks and months so they can prepare well in advance for the changes.